A thin film of odorless, tasteless mineral oil sprayed on eggs before cartoning. The oil replaces the natural bloom, the protective coating on the outside of the egg which is removed during washing. About 10% of eggs are oiled.
– See Bloom, Cuticle

Beaten eggs cooked in a pan and rolled or folded. The ancient Romans supposedly made the first omelet and, because it was sweetened with honey, they called it ovemele (eggs and honey). Some insist this was the origin of the word omelet. Others maintain the word was derived from amelette (Fr) meaning blade, describing the long, flat shape of an omelet.

Whatever its origin, an omelet can hold or be topped with any food from caviar to leftover meatloaf. The list of filling and topping possibilities is endless, limited only by your imagination and the contents of your refrigerator. Select, prepare and cook the filling ingredients before starting the eggs because omelets cook so quickly that you won’t have time later.

Omelets take different forms depending on how you cook them. The quickest and easiest form of omelet, the French or plain omelet, cooks in about a minute or two on top of the range. Conveniently, no stirring is required for a microwaved French omelet. For a puffy or soufflé omelet, separately beat the egg yolks and whites, cook on top of the range, thenfinish the omelet in the oven. However you prepare them, easy-to-make omelets don’t require special pans or chef skills. Visit www.IncredibleEgg.org for omelet recipes.
– See Frittata, Omelet Fillings, Tortilla

Almost any food can fill an omelet – vegetables or fruits; grains, including rice; lean meat, poultry, fish or seafood; yogurt or cheeses of all kinds. To invent your own omelet filling, use one or more filling ingredients to total about 1/3 to 1/2 cup for each omelet. Flavor the omelet, the filling or both with about 1/8 to 1/4 teaspoon of your favorite herb, spice or seasoning blend, or a dip, salad dressing or other flavoring mix.

Omelets cook very quickly, so heat refrigerator-cold fillings to serving temperature or fully cook raw foods before you begin cooking the eggs. Fill an omelet right after you’ve finished cooking it. At this point, the omelet will be hot enough to melt cheese and warm some filling ingredients, such as yogurt, peanut butter, jelly or sliced fruit. 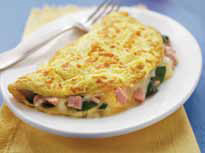 Howard is known for spreading the good word of the good egg to consumers across the country through appearances on radio and television, newspaper and magazine articles and live cooking demonstrations. 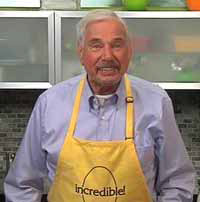 All organic eggs are free-range eggs and must meet all of the requirements for those, including being raised outdoors or having access to the outdoors as weather permits.

Among other requirements, organic eggs are produced by hens fed rations having ingredients that were grown without most conventional pesticides, fungicides, herbicides or commercial fertilizers. While growth hormones are also prohibited, no commercial laying hen rations (whether organic or not)ever contain hormones. Due to higher production costs and lower volume per farm, organic eggs are more expensive than eggs from hens fed conventional feed. The nutrient content of eggs is not affected by whether or not the feed ration is organic.
– See Production

The organ in the hen which accepts the yolk after ovulation, where the egg is completed.
– See Formation

Release of the egg yolk from the hen’s ovary.
– See Formation